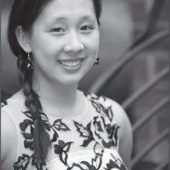 I learned so much…
As a music major who picked up political science as her second major in undergraduate, I would have never thought that I’d end up in Brussels interning at the European Parliament. In the fall of my senior year at Furman University, I studied abroad in Brussels, Belgium. Before my trip to Belgium, I studied up on the European Union (EU), only to find out how much I did not know about it as institution. I was surprised to learn that the EU is made up of several smaller supranational bodies, and the one I was most interested in was the European Parliament (EP).

I learned how to behave as a professional
Without the program, I would not have been able to get a placement at the EP with a very prestigious Member of European Parliament (MEP), Barbara Matera. MEP Matera is well known for her efforts in gender equality, a personal interest of mine, so it was wonderful working in her office with her accredited assistant and other European interns. My supervisor, MEP Matera’s assistant, challenged me in many ways. Because he was very target oriented, he wanted me to get a task done as soon as possible, but when there was work he could delegate to interns, he encouraged me to seek out my own opportunities and attend extracurricular events. I attended an End FGM conference, several workshops on work/life balance, and even helped to organize a speech for my MEP on women entrepreneurship. My supervisor taught me how to work independently and helped me understand the inner workings of the Parliament. I appreciated the opportunity to attend committee and delegation meetings and listen to current events at plenary in Strasbourg.

My supervisor recommended me for grad school: I got in!
As rewarding as this experience was in furthering my interests in government and gender, I benefited from it professionally. I learned to dress and behave in a professional office environment. Additionally, this experience, my learned knowledge of the EU, and my supervisor’s recommendation helped me get into the London School of Economics where I will attend this coming September for a Msc in EU Politics. Interning at Parliament definitely opened up my eyes to all the possibilities out there and has given me a direction to follow for the future.

– Tiffany is now attending the prestigious graduate studies program at the London School of Economics, in – you guessed it – London, England.